Before I start this blog I’d like to say that we are in no way affiliated with Ajax Security Systems.

As an Alarm Engineer from the “old school” where wired systems were the best (and I still maintain that) I need to take into consideration that the world is moving forward an incredible pace!

Guys like me have to throw themselves, (sometimes unwillingly) in to the 21st century and continue to keep ourselves fully trained an up to date with modern technology!

I researched training courses available and this lead my team and I to signing up for the Ajax installers course. I attended this course with an open mind, but admittedly was more on the “I’m in no way interested in this” side. As the course went on I actually found myself starting to change my approach to app enabled/self-monitoring systems.

Having a teenager in the house, I understand that their phones are glued to their hands from the moment they wake to the moment they fall asleep. So, it’s natural to assume that the next generation will be more interested in using these systems if accessible from their mobiles!

The turning point for me on the Ajax course, was the speed in which the app launched and
the rapid reaction time to arming the system. This was also demoed on 4G and the reaction time was again impressively fast.

When compared to other apps we currently use, it can’t be denied that the Ajax app is faster, more reliable, more responsive, and to top it off, it is also free. The fact that you have to pay for other apps then they buffer, cough and splutter leaving you left red faced is Frustrating to say the least! We are still in the early stages of fitting /testing the Ajax system and have encountered no problems so far, fingers crossed!

I know some engineers out there will have very different opinions to me, and I absolutely respect different views. I would happily debate on your opinions, but when people start quoting Roy chubby brown profanity’s, I’m going to assume that they have never had any training and took the dinosaur approach like I used to do, trying to fit it out the box!  It really does not work that way anymore!! It’s reminiscent of the first time I was approached by another brand and I remember telling the rep, “NA mate, not interested, this is never going to work, wireless systems are terrible etc etc” fast forward a few years and that system is dominating the market, and although I have my issue with the app, it is still a great system, versatile and robust.

To get the most from Ajax, training is 100% essential. There are so many different parts to setting up this system but once trained it all makes perfect sense and most of it is already done.

We can relate to Visonic, Galaxy, Euro’s and so on, both have the same options of programming but completely different text, perimeter is intruder, delay is final etc.

Once you get your head around it and come to terms that your phone is now your keypad, you must resign yourself to the fact that your old and need glasses! LOL!!  but seriously, desktop software and programming apps are the future.

Two of our engineers attended the same course who are in there early 20’s and they seemed to pick it up quite quick and both eager to start fitting. They will probably need this old Dino for tech support. Another good thing about Ajax is this old dude can program it in the office as per the SDP and push the site out to the customers app! Simples!

The bell box is probably the only thing that lets the system down. In the UK we all want big lit up bells boxes with strobe, smoke and cannon balls firing out of them, which reflects on our British ways. Moving forward people are stepping away from the bright bell and loud sounder as we all know no one bats an eye lid! “there’s that bloody neighbors alarm again, oh wait that’s our!”.

Real time image notifications are the future and that’s the way the industry is headed. So us dinosaurs need to get rid of our Nokia 3310’s, call our kids/grand kids and get that iPhone setup, break out the vape pen and ear pods and get with the times.

🚨Alarm and 🎥 CCTV installation today in a ne

💥Massive amounts of good luck to our wonder app

🤔 Is that a Hikvision Ip access intercom with a

🚨Today was very much a day of wireless alarms,

🛠You know it’s finishing time when you get to

We have the best customers!🧁😉 Thank you Jim

🎥 CCTV installations in both #Kirkintilloch and

🛠While the Innovate team where out working hard

💫A good job for our engineers yesterday in #Eas 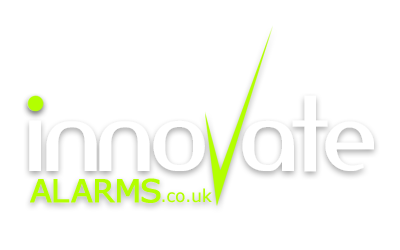